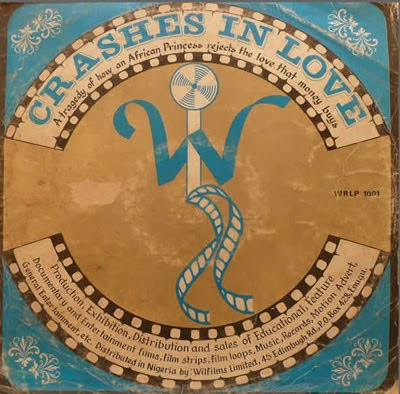 Just thought I'd make everyone happy with this beautiful and rare album by William Onyeabor. Crashes in Love was released in 1977 on the artist's own imprint, Wilfilms, like every of his records (all masterpieces). The album is said to have been composed as a soundtrack to a movie Onyeabor made - "a tragedy of how an African Princess rejects the love that money buys", as mentioned on the sleeve. Crashes in Love is actually William Onyeabor's first record and of course features a few mindbending tracks. Genius man.