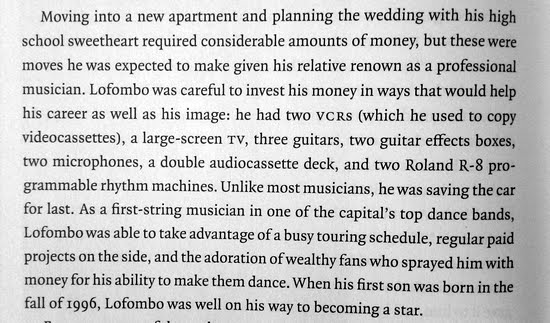 For our Danish speaking followers, here is a fresh interview of Copenhagen sensation Girlseeker right after their performance at the Roskilde Festival two days ago. This interview was conducted for the Lappland blog. If you haven't got your copy of Girlseeker LP yet (coreleased by like 10 labels), please consider waiting for the Music City version of it - which will come with a special insert. To be released in August together with 5 new tapes. Music City... always the last!

Third and last episode of our friend Ernesto González's (aka Bear bones, Lay low) selection of Venezuelan hip hop videos﻿
My fellow venezuelan immigrant and doppelganger brother, Eduardo, showed me these dudes not long ago.Real good and raw MC's coming from the llanos (rural plains around the center of the country)rapping about how life is much better in the countryside and how they're better than most MC's in the city. Pretty refreshing.
These dudes, or at least one of them, is from my hometown, San Antonio de los Altos, which hasa pretty cool hip hop and graffiti scene going on. Their mixtape "Desde Lejos" is full of greatbeats, using all sorts of samples from old records. It's cool hip hop on the more conscious andsuburban side that doesn't use a fucking piano sound on every track and whose lyrics aren't always about how dark their thoughts are and how shitty they feel, a theme that's present in 99% of this type of hip hop. Also worth checking out their other projects, like The Duoand Guccisolo.
The second half of GCK, El Prieto (used to be called Colombia) now wants to make a more modern soundinghip hop and when he isn't talking about the harsh realities of the ghetto and all that shit, he rapsabout, yessir, partying and women. This song is about the hot women living in our country (see photo).
Two dudes spreading good vibes in the metro, freestyling about the passengers, their looks and shit.I wonder if they're still doing this.
Posted by david tu dors at 11:03 PM 0 comments