Cochabamba is a city in central Bolivia, located in a valley bearing the same name in the Andes mountain range. It is the capital of the Cochabamba Department and is the fourth largest city in Bolivia with an urban population of 608,276 (2008). The name derives from a compound of the Quechua words qucha, meaning "lake", and pampa, "open plain". Residents of the city and surrounding areas are commonly referred to as Cochabambinos. Cochabamba is known as the "City of Eternal Spring" and "The Garden City" due to its spring-like temperatures year round. It is also known as "La Llajta", "town" in Quechua.
Cochabamba was featured in the 1983 film Scarface. Powerful drug lord Alejandro Sosa resided there, governed large coca plantations and owned cocaine labs where upon further refining, would be shipped to Tony Montana in Florida. Cochabamba is also mentioned in the documentary The Corporation, about their fight against privatisation of water by a foreign-owned company. The privatisation had gone to such an extent that even rain water was not allowed to be collected. (From Wikipedia, the free encyclopedia)
Mortal Mix is a 30 min road movie in three parts, investigating the representation of Cochabamba's urban and countryside landscapes seen from the street/road level, exploring the city as a mythological entity and natural surroundings as a source of life. It also provides interesting documentary views on local habits and food preferences. The whole thing being driven forward by an intense mix of fast-pulsating hits. Great sound, nice mixing, not fucking around too much but going straight to the point instead. Number 2 might be our favourite. Check it from 8:00 to 9:30 to catch its beauty. 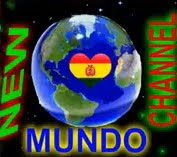