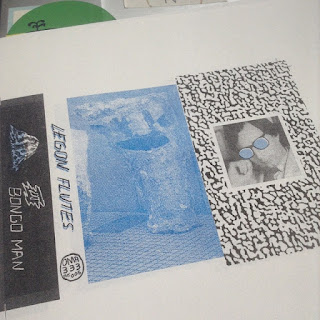 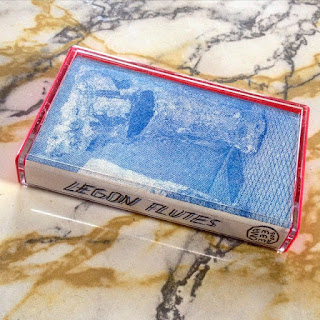 "The first time I heard this mix I was in a car full of Swedes entering Tampere on a dark, cold and wet day on the way to Sami's (Fonal Records) festival. Its full of bright, beautiful African music, with a touch of reggae, and it was quite a contrast to the damp, dull world outside the windows that autumn afternoon. It became a favorite soundtrack of ours over little tours that year and a handful of these tunes are staples in my DJ set. I'm proud as hell to be able to give Legon Flutes its first actual tape release via Oma333, all these years after it was originally made for the RBDX blog." (Gavin Maycroft, head of Oma333)

Orange cassette, pink cases, designed by Collerette Coco Fill lsd. Track listing only emailed after first listen. Limited edition of 100 copies. Last copies of the stock come with a riso-printed version of the cover thanks to Lawrence Le Doux.  If you already bought the tape and would just like to get the riso cover, please get in touch.