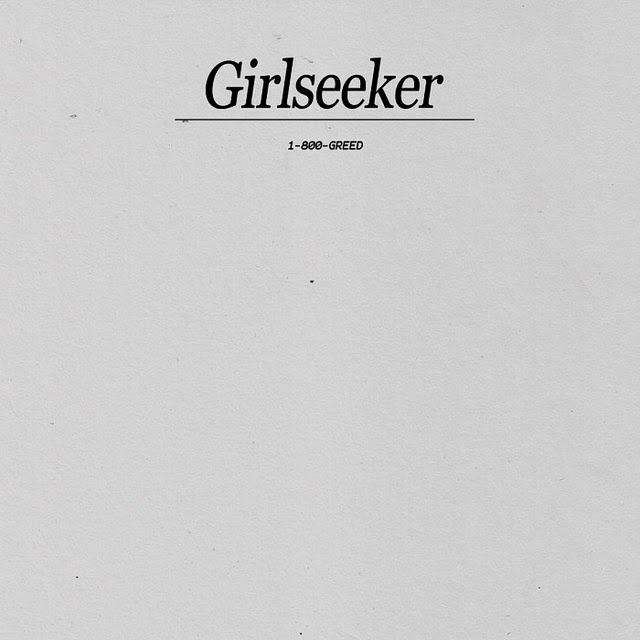 Girlseeker are a fantastic trio from Copenhagen, Denmark. Between 2010 and 2012 they recorded one tape and two 7". All of them displayed a peculiar genius for deranged songwriting and stunning melodies. As someone wrote: "This is pop music in its purest moment: psychotic outsider art for the romantic listener." The uncanny line-up of Alexander Fnug Olsen, Simon Van Deurs Formann and Jonas Frederiksen has given light to a series of perfect songs, fuelled by a certain 1980s sound but taking this inspiration to a very personal level - the copy becoming more exciting than the original. Anyone who has attended one of their rare shows will remember this experience as a very special moment. Girlseeker are a miracle of life.

The 30 copies of the Music City stock come with an exclusive insert. Read the story... Designed by Girlseeker member Jonas Frederiksen, printed in full colour on expensive thick photo paper, all copies of this insert were sent to Denmark in order to be signed by the three members of the band. When the inserts came back to Music City, we opened the envelope to realize that these had been signed with the shittiest pens ever. Ink was fading away, and the inserts were pretty much unusable. We decided to xerox these 30 different inserts as cheap black and white photocopies - one copy for each original. Originals were subsequently destroyed. Each copy is now unique, each copy is a new original.